My Personal View of the Winter Olympics in Sochi Russia 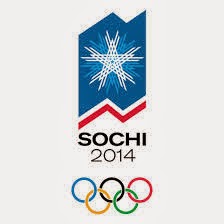 The last time Russia (U.S.S.R. at the time) hosted the Winter Olympics it was 1980 and we had been in the US less than a year.  Sadly due to overwhelming political situation the US as well as other countries boycotted the games.  I grew up looking forward to the televised broadcast of the Olympics, for those who don't recall, both the Winter and Summer were held the same year.

Hearing Russian on TV in the arena of world's best athletes gathered to compete aside from political views is refreshing and dare I say optimistic.  I watched the Opening Ceremonies with fervor and awe.  Were there moments of Russian history that were glazed over in the progressive presentation, ABSOLUTELY but the US didn't exactly highlight it's involvement with slavery in our Opening Ceremonies.  That aside, the imagery was monolithic and powerful.  I didn't think I would get emotional but there were definitely moments that pulled at my heartstrings.  Mostly when the Ukrainian delegation marched into the arena with gleaming smiles and waving flags.  Admittedly, the country where I was born and raised is vastly different now from what I knew but the pull was there.

The little girl who played Lubov, my mother's name but the way, was so brave and composed!  I dare say, most adults would not have agreed to be strapped in and levitated so high above the ground and for that long.  I can only imagine the hours of practice and the ultimate cost for the presentation in the new venue.

My hope is that once the Olympics and the Paralympics draw to a close the facilities will be utilized to their maximum potential and don't fall into disrepair and sit abandoned 10 years down the road.

Now off to watch all those shiny ice skating outfits that made me fall in love with all bling, sequins and rhinestones as a small child and capture my attention to this day!
Posted by Unknown at 10:08 PM