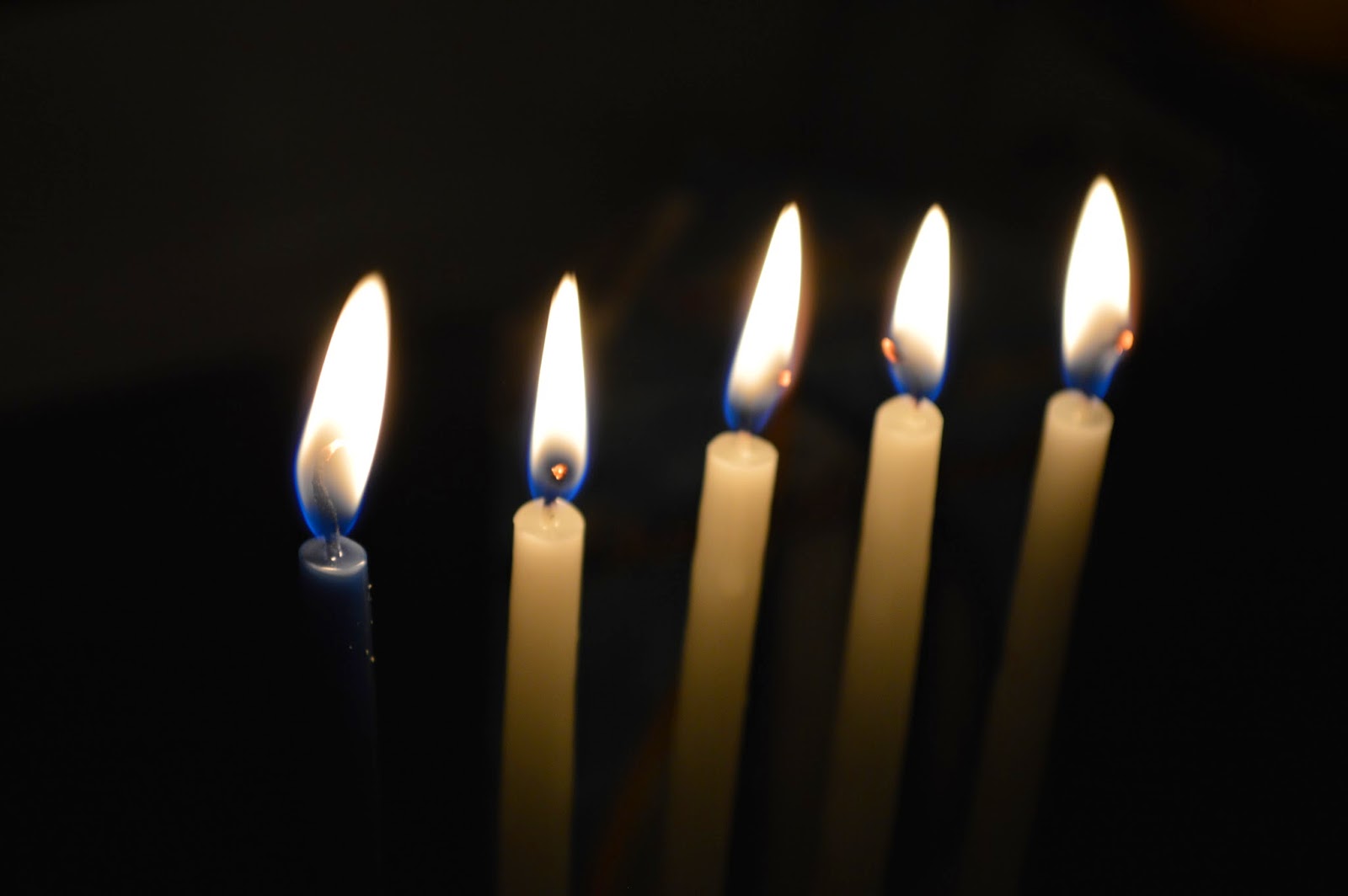 Hanukkah commemorates the successful rebellion of the Jewish people against the Syrians in the Maccabean War, but the military involvement are played down. What's really being celebrated is the survival of Judaism. After the Jews were victorious they ritually cleansed and rededicated the Temple, then re-lit the menorah, the Feast of Dedication (Hanukkah means “dedication” in Hebrew).
The story is although there was only enough consecrated oil to keep the lamp burning for one day and it would take eight days to get more, the small bottle of oil miraculously lasted for the entire eight days. It is for this reason that Hanukkah is also known as the Feast of Lights.
Symbolic Elements of Hanukkah
Menorah - Candle holder - two variations available, the eight candles and nine with the center one being used as the 'server' that lights the other eight. Traditionally, the candles are lit from left to right, one candle each day is added so the first night a 9-candle menorah has the server in the center and one on the left hand side, the second night one in the center and two on the left and so on until the last night when each spot has a candle in it. The candle lighting is done nightly at sunset along with a special prayer and the candles are allowed to burn down each night (not blown out after the prayer).
Gelt - Hanukkah gelt was the original present, money, but now is more of a tradition of gold or silver foil wrapped chocolate kids enjoy as a treat on Hanukkah. This is not purely symbolic but there are other reasons the cash used to be the preferred gift - to allow the less fortunate to be able to purchase candles and ceremonial wine without shame is noted in some references.

Dreidel - A Hanukkah toy with 4 Hebrew letters, one on each side, with a spin bottom. Each player gets equal number of 'gambling pieces' which can be anything from coins to peanuts.Game starts with each player putting in an ante of one or two pieces. Each letter on the dreidel has a value if your spin lands on it: