As Seen On TV Stone Wave from Dollar Tree 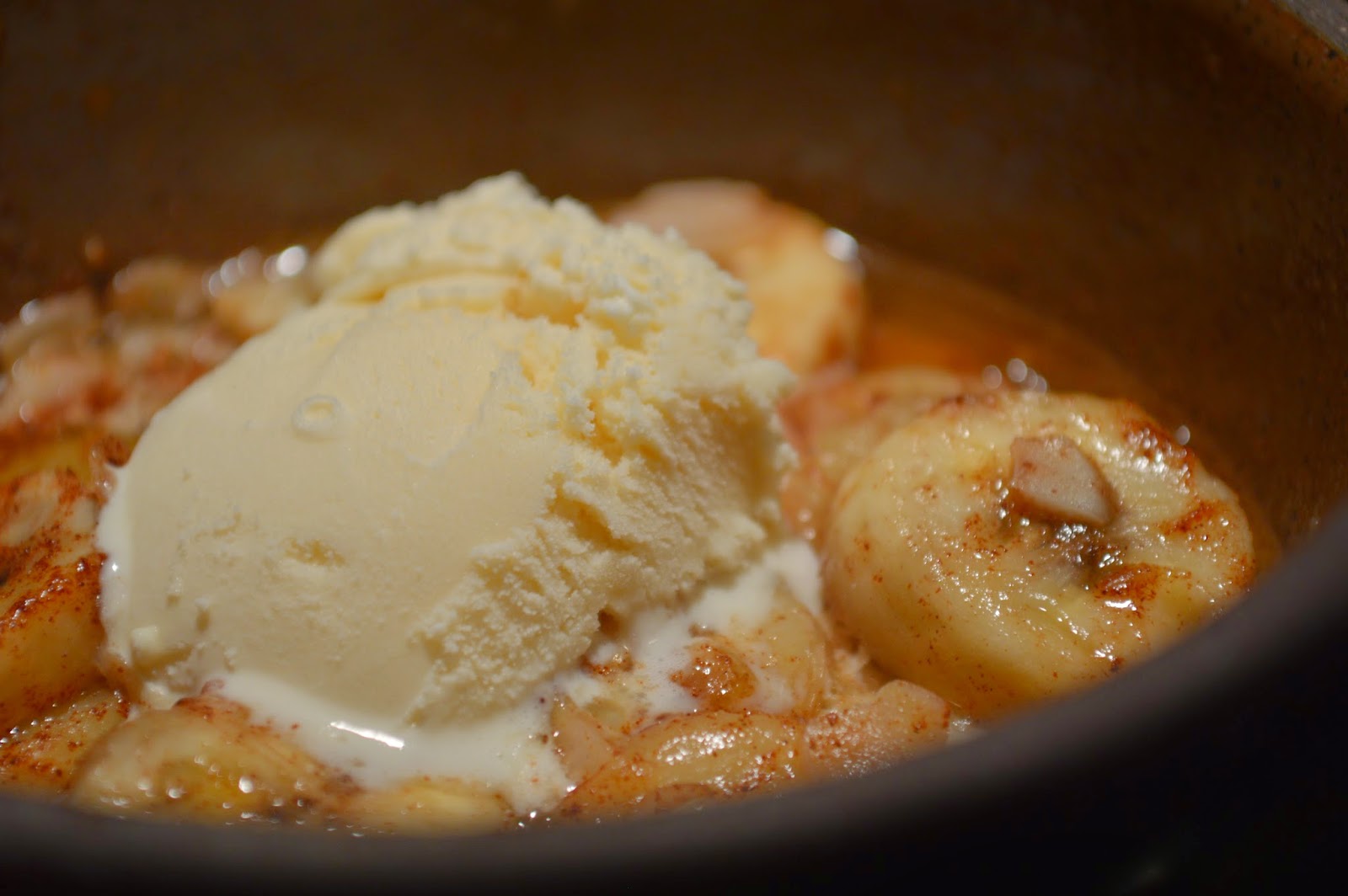 The first time using this, I gave my YouTube viewers a choice between tree dessert recipes to make on video, the Baked Banana won hands down 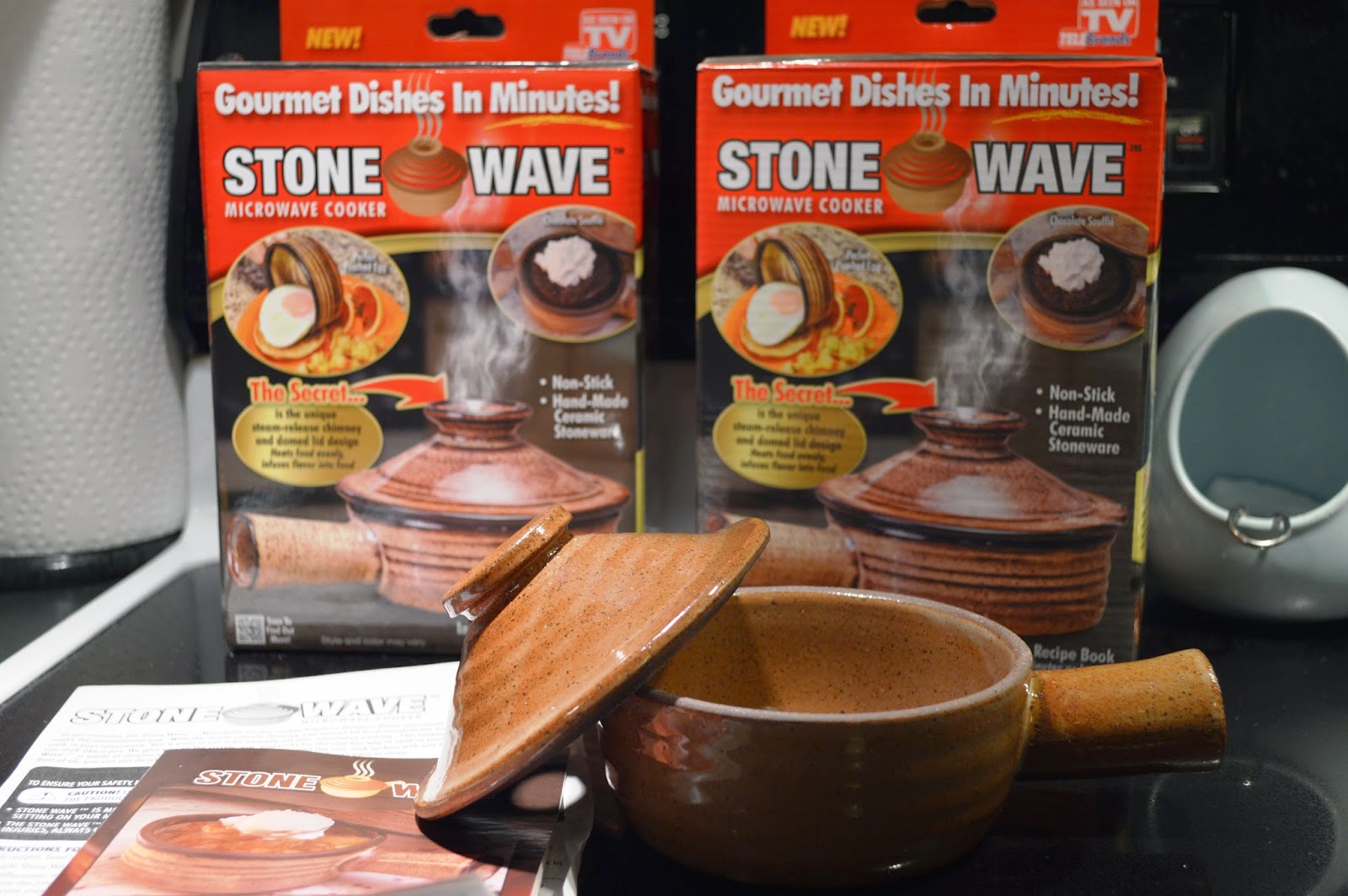 I picked up two of these, with the intent to use for French Onion soup (Paulie's favorite) but discovered that there a few enticing recipes that will be highlighted in the coming weeks 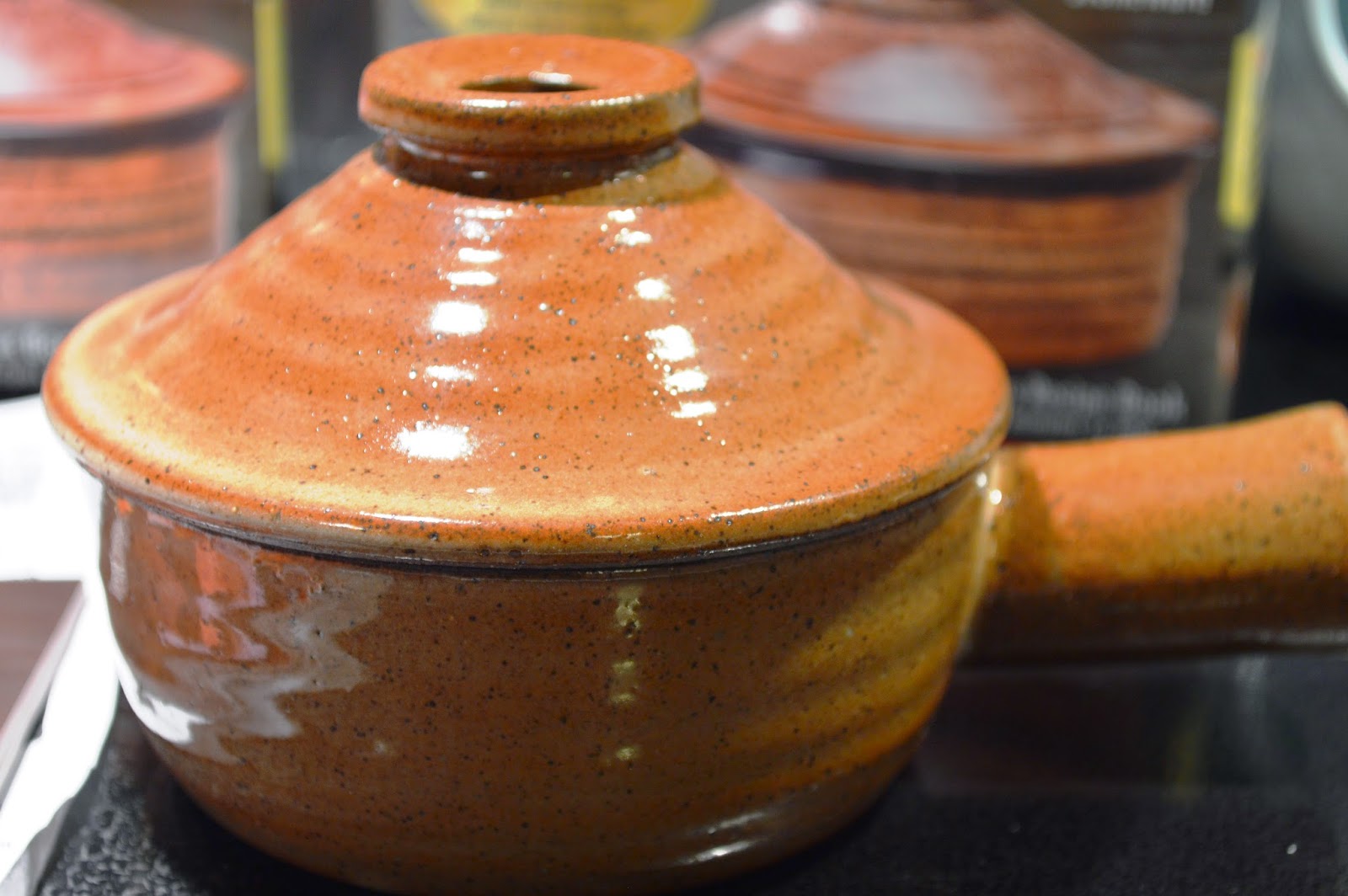 Each crock has a vented lid and a hollow handle (to limit heat transfer) but is only intended for use in the microwave. Although I am pretty sure if these were fired in a kiln at 1,200° F the possibility of using them in the home oven exists 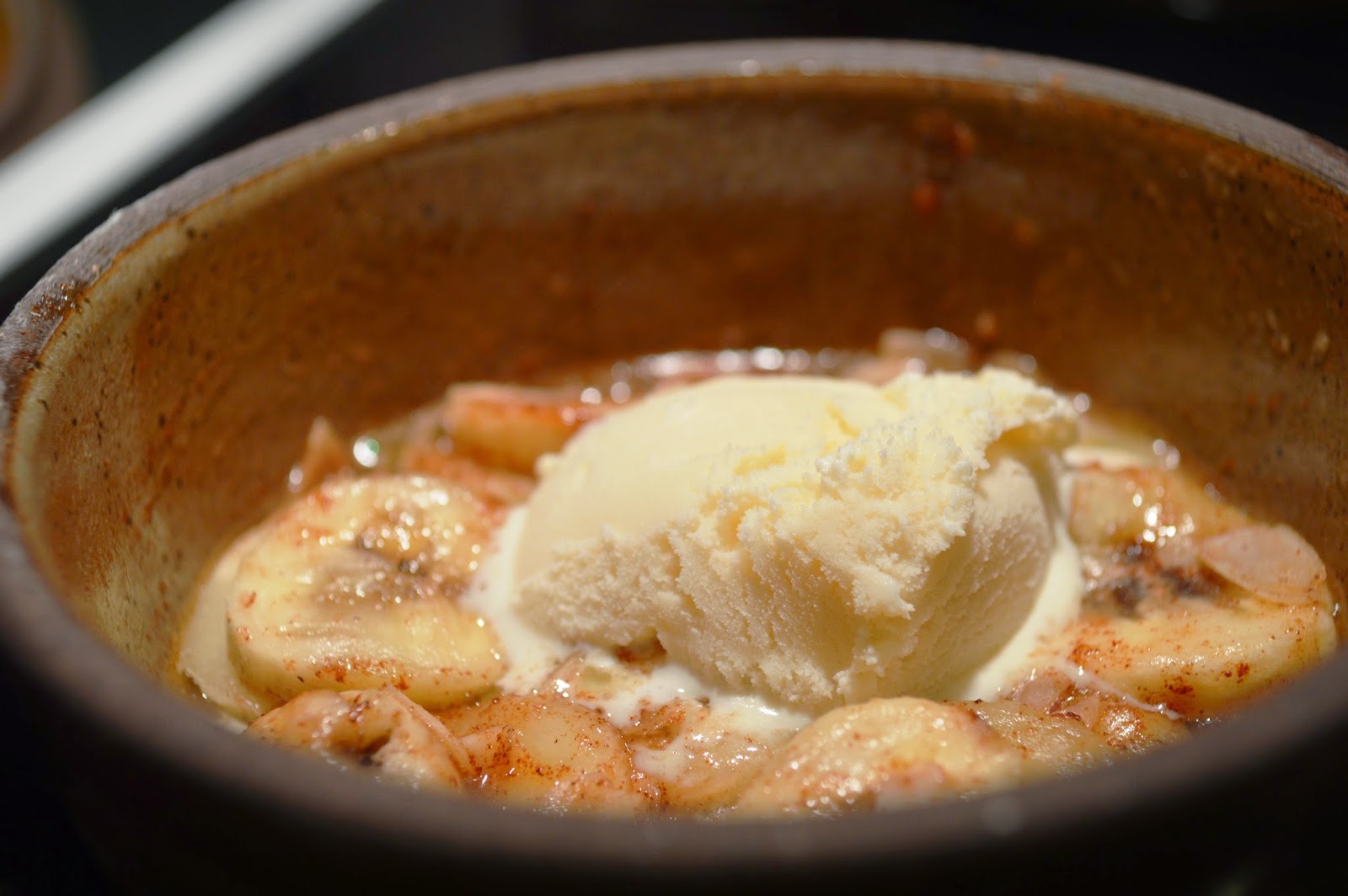 One banana, a little brown sugar, a dash of rum, sliced almonds and cinnamon with a pat of butter and 45 seconds in the microwave (recipe called for 30 seconds but the butter hadn't even melted so I ran it for an additional 15 seconds which was perfect). Topped with a scoop of Vanilla ice cream and it was perfect*.
* If you are making this for children, substitute the run with vanilla extract but only 1/4 teaspoon
Posted by Unknown at 9:33 PM