Sunday Lunch with a Twist 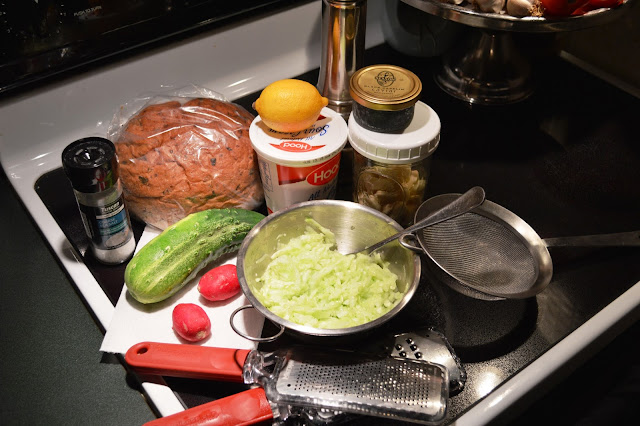 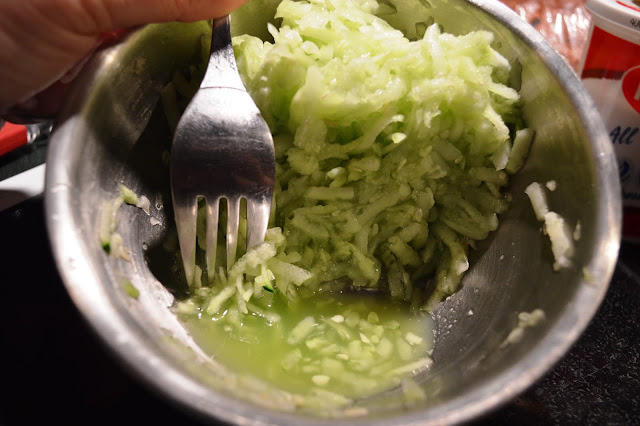 First, wash, peel and shred two medium cucumbers. In hindsight I should have shredded them directly into the strainer and placed that over the bowl, so don't make the same misstep I did. A little salt will draw out a lot more liquid, set aside for a few minutes. In the meantime I cut the bread and popped it in the oven, my preferred way of toasting multiple pieces of bread that are not typical shape/size. 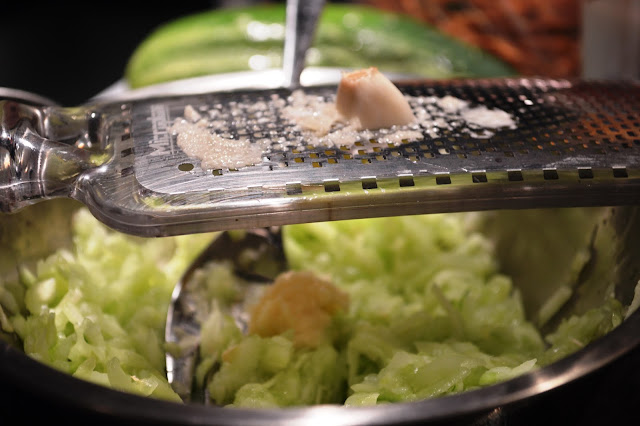 Once the shredded cucumber has been drained of extra liquid, microplate 1 or 2 garlic cloves 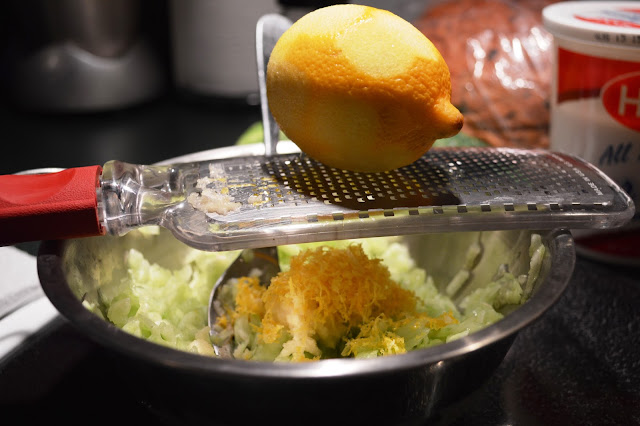 Then the zest of a small lemon but don't toss the microplane in the sink quite yet, there is another use 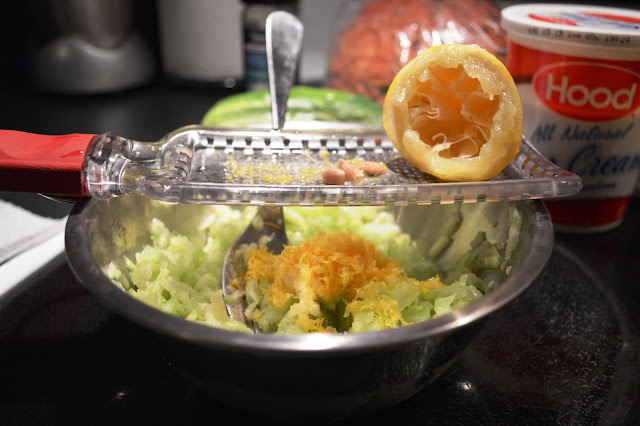 Turn it upside down and use it to catch the seeds from the lemon while juicing it, one less tool to pull out of the drawer and wash 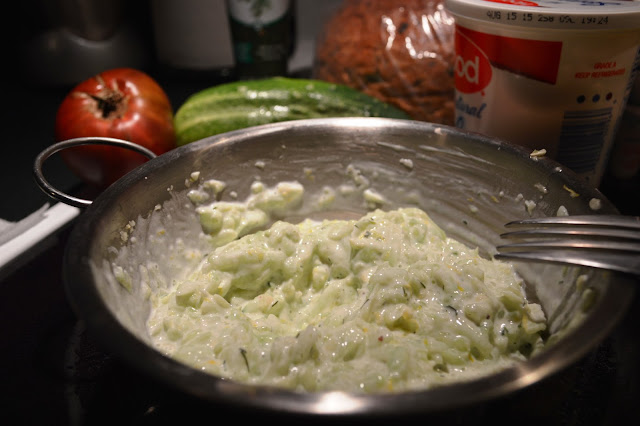 Mix well, I find using a fork is just the right tool so when I add the sour cream it's two fork fulls (about 2 tablespoons) 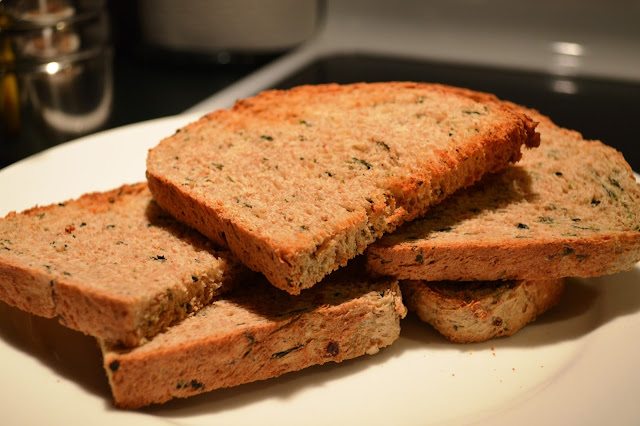 By the time the sauce is done, the bread will be perfectly toasted. Just look at those nooks and crispy edges 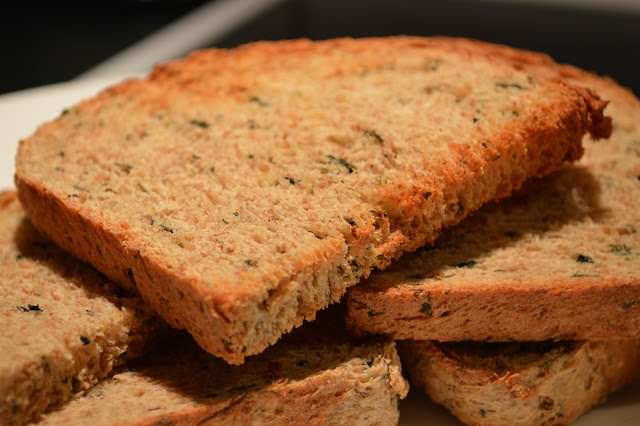 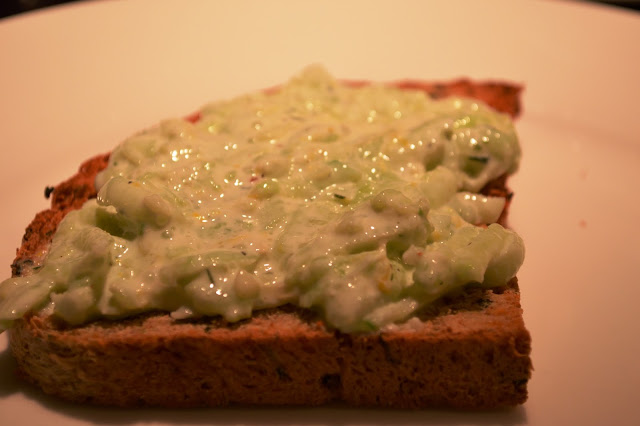 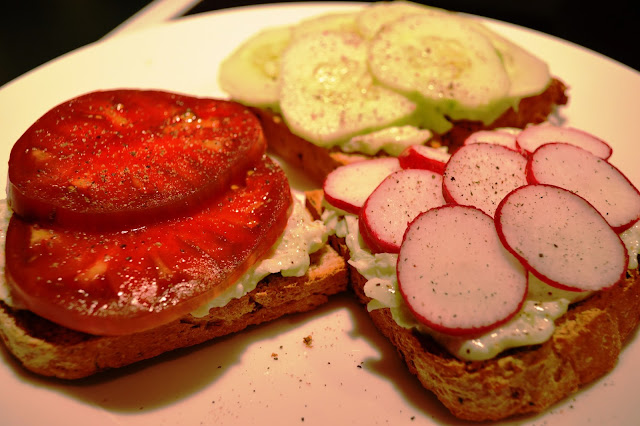 Today's veggie bounty - heirloom tomato, cucumbers and radishes. These are Paulie's so they have fresh cracked black pepper on top of each 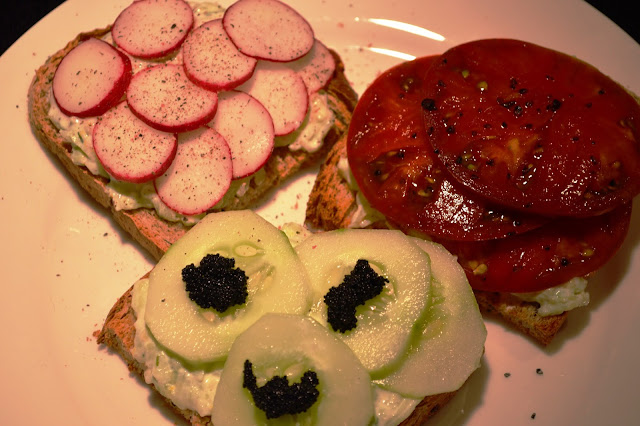 While my cucumber one had caviar, tomato black lava salt and radish fresh cracked black pepper.
Posted by Unknown at 4:55 PM