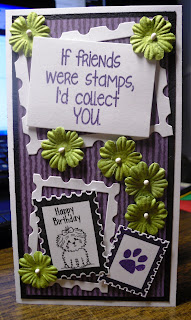 Taking a break from my Halloween Card Series to make a couple of cards for World Card Making Day on USTREAM.  Thank you for everyone who kept me company and provided feedback while I played around with new stamps and a new card size. 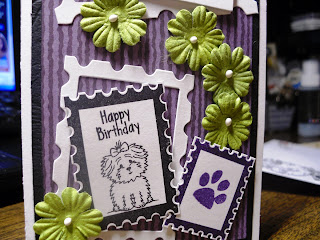 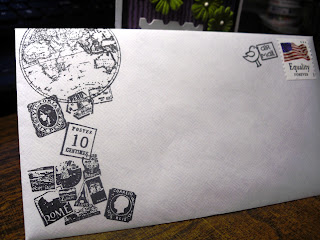 Because I wanted this card to be received by the Birthday Girl and not be mistaken for a bill, I used the TPC Studios stamp set from my Jo-Ann Haul to decorate the front and back. 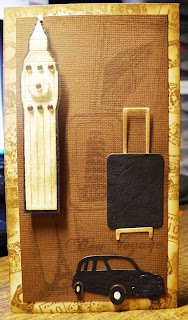